DID I EVER TELL YOU ABOUT THE TIME I FOUND A BABY?

Yes, you read that correctly - I FOUND a baby. 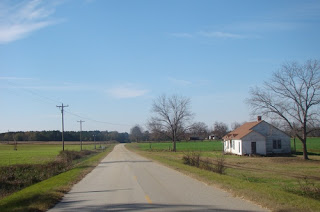 It was a cold but sunny April morning in 1982.  I was driving back home after taking my husband to work and had my 19 month old son in the back seat securely strapped into his car seat.  As I am almost home, driving down the long, straight road before my street, I can see way in the distance that the cars coming towards me are going around something that is on the center line.  I squint to try to make out what it is but I can't.  The road I am travelling has old and somewhat decrepit houses on my right and scraggly fields on my left with a small farmhouse about a quarter of a mile away down a narrow paved road.  It is interesting to note that the road I am on is now a very busy street with strip malls and high rises all around and a huge mall where the farmhouse used to be - sigh.  Anyway, as I get closer to whatever it is the half dozen or so cars have gone around, I can see that it stands about  two feet in the road and looks to be moving.  It doesn't take much more distance for me to realize, with horror, that it is a BABY about the same age as the one in the back seat.  He is wearing nothing but a disposable diaper and is standing right on the yellow line, looking around him.  When I get close, I pull over, get out and pick him up.  He is freezing cold to the touch and his diaper is fully soaked and cold.  I open the back door and put him on the seat beside my son, whose eyes grow to the size of saucers and he just stares without a sound at this person I just put there and I am sure he is thinking - is this how they got ME???

I start to knock on the doors of the houses on my right, waking up the occupants as it is just after 8am on a Saturday morning.  Bleary eyed, everyone looks at me as if I am out of my mind when I ask if they might have 'lost' a baby that I just found on the road and they all shake their heads no.  I ask if they know who around here has a baby about a year and a half old and no one knows.  After about 5 minutes of this I decide I need to get back to the babies and get home.  Once there, I strip the boy of his diaper, pop him into the bath to get him warmed up, dress him in some of my son's clothing, and feed him breakfast. Then I call the police.  Through all of this, my son stands at my side and just stares at the little boy, his normal baby-talk jabber gone completely silent.

When the policeman arrives, I tell him the details and when I am finished he looks up from his note pad with an espression of amazement and says "I can not believe that you stopped and brought him home and fed and clothed him."  I looked back at him just as amazed and said, "I can not believe that I saw 8 or 9 people drive their cars around him and not stop."  He shakes his head and says, "I guess so."

He takes the boy with the promise that he will call me to let me know when they find who he belongs to.  As well as the clothes I have a full baby bottle, some baby cookies and a small toy to send along with them and the policeman says he will make sure I get the items back.

About two hours later, I get a call from him.  An hour or so after he got back to the station, the frantic parents called to report their missing child.  They live in the farmhouse that was down the road to the left of where I found him (that was a long way for a baby to walk!!).  They want to thank me personally and to return to me the items I had sent with the baby.  Later that afternoon, my husband, son and I drive over and pull into the farmhouse driveway.  Right away, the father comes out and I can see the curtains move and I assume the mother is watching.  She doesn't come out to meet us.  However he thanks us profusely as he hands over the clothes etc.  He says the back door latch is broken and the little boy has just learned how to get out of his crib and he had escaped while they slept.  He says he is just sick about it and feels ashamed and embarrassed.  I am about to try to assuage his guilt a little by saying 'well anything can happen once, as long as it doesn't happen twice' when he goes on to say that it had happened the week before but the child had only gotten as far as the back field.  I try to hide my shock and dismay as I stammer out something about needing to get the lock fixed and he agrees saying that he had gone to the hardware store that afternoon and bought something to fix it.

As we drive away, we shake our heads at the absolute irresponsibility of the parents actions - or rather lack of action - and the very very happy outcome of the whole incident in light of all that could have happened to that baby in the time he was out of the house.  And I offer up a prayer that the parents have learned a lesson and will take better care of that little life. 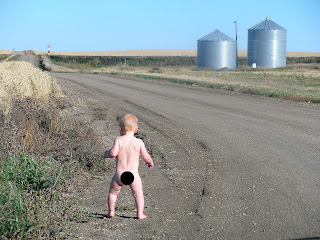 It's hard to believe he'd be in his early 30's today.  I wonder who he is and where he lives.   And I wonder if he ever heard the story of that cold day in April.
Posted by Sandy Montgomery at 4:12 PM 7 comments:

At the east end of Long Bay, Tortola, there is a huge white house with red tiled roofs.  It is hard to miss, both because of the white against the lush green backdrop of jungle, and because of it's size.  It featured rather prominently in a few of my daughter's wedding photographs. 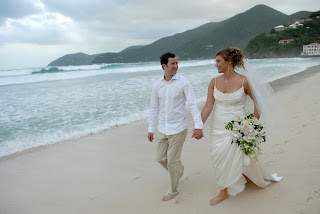 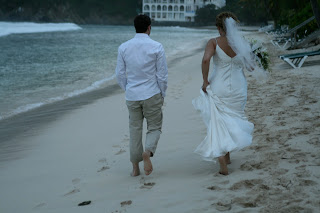 In my trips back to that beach, I often wondered what the house would look like inside.  Would it be kitschy and full of tacky 'art'?  Would it be ramshackle?  Opulent?  Divided into a bunch of rental units?

Well, I finally have my answer.  Rick Moore, the videographer I wrote about back in March, has just completed a video of the house, called Sterling House, for Sotheby's as it is on the market for a mere $7,000,000.  That price includes $1,000,000 of furnishings.


There's a lightbulb out on one of the chandeliers.  Knock $1m off and I will take it!!

Posted by Sandy Montgomery at 10:56 AM 4 comments:

GOOD FOR THEM BUT IT'S NOT FOR ME

Those of you who have read this blog from the beginning know that it is a dream of mine to sail the Caribbean islands and would go to almost any length to do so. ALMOST any length.

I found a blog today, thanks to my friends Mike and Rebecca at Zero to Cruising, where a couple really have gone to 'any length' to make their dream of sailing the islands a reality.

Click HERE to take you to the blog about sailing the Caribbean on found junk.

As much as I'd love to see the islands by sailboat, I'd never in a million years go about it the way they have. Some people have more guts than money - and an over abundance of temerity - throwing all caution to the wind to do something this outrageous. Not to mention somewhat dangerous.

Nope... I will find another way to live out my dream.
Posted by Sandy Montgomery at 11:12 AM No comments: