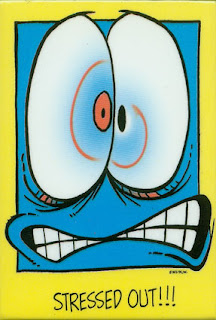 I can finally stop stressing out. I thought I might rub a hole in my forehead today from the stress.

After the fellow at TLC Dental office telling me that he would call back in an hour and a half after his boss came in, THREE times, and the last time not calling me; AND after telling me that the B&B was closed for the four day weekend so I was out of luck for a place to stay those days - I went into crisis mode.

I found the website for the dentist (in the same town) that my friend went to a few weeks ago, Dr. Roberto Arce at The Smile Shoppe. I wrote and explained the situation and asked if he had space to take me. He replied an hour or so later to say that he was all booked up tomorrow but could take me on Wednesday, which is perfect because I am traveling tomorrow so wouldn't be able to see him then anyway. He didn't say if he was open Thursday and Friday or not, but I explained the amount of work I thought I was going to need and he seemed to think that he had enough time before I fly out on the 26th. So I am booked in with him.

I then found a hotel in Yuma, with a pool, that will set me back about $240 more than what I was going to pay for the B&B but, at this point, I don't care. I feel so much better about going to a dentist that someone I actually know went to and was thrilled with. I will have to cab it to the border each day so that's an added expense but I am fine with it all. For the peace of mind it has afforded me, it's worth it.

Onwards and upwards!
Posted by Sandy Montgomery at 7:11 AM 5 comments:

(Note: There are two blogs for today so, once you've read this one, scroll down the page for the second one.)

Well, my trip report starts before I have even left for the airport. My flight is at 6:00AM tomorrow morning. I have muscled almost all I wanted to take into a carry on bag and one roomy purse, and now just need to wash my sheets, so I come home to a crisp bed, and chase some dust bunnies out from the corners of my room.

I was planning on heading down to the EI office (Employment Insurance) to apply for coverage just in case we weren't coming back for season two, but now that it's been officially announced that YTV has picked up a second season AND I have received an email from the Production Manager to say she will see me in July (I'm not fired - YAY!) I won't need to make that trip.

The reason my report starts today, however, is not a good one.

When I was looking at flights and dates for my trip, I realized that the week I was thinking of being in Mexico for the dentist fell on the week of Easter. So that meant that I could lose two days in the chair; Good Friday and Easter Monday. Being that most Mexicans are Catholic, I was pretty sure they'd be closed. I wrote and asked, specifically, if they were open "over the Easter weekend for Good Friday and Easter Monday". I received the reply that they were indeed open for "Good Friday and the Monday, so do you want me to book you in for the 20th?". I replied, yes, and went ahead with booking a flight and the rest of my plans.

Last week I sent three emails to them asking for a confirmation of my appointment for 9:00am on Wednesday the 20th, and for my 8 night stay at their B&B. I sent three because they didn't reply in their usual prompt manner to the first two. Today I received the reply.

They confirmed my appointment and the B&B but then went on to say that they were closed for Easter on Thursday and Friday so I wouldn't be back in their office until Monday.

I sat there re-reading the words for several moments, looking for where I was making this colossal error with my usually proficient reading skills, turning the - yes we have you booked in as planned - into this absolute nonsense.

When I initially contacted them about visiting, I asked if three days would be enough for the work I believed I needed doing. They replied that four would be more likely. So, in my mind, I had Wed, Thur and Fri to get most of the work done, the weekend to see if it was all fitting and feeling good, Monday to finish up and Tuesday to make any needed adjustments. Now, I have three days. And the weekend - FOUR DAYS - to sit around with a mouth that will have who knows what in it - shaved down teeth for crowns? I don't know but I know I don't want to sit around for four days waiting to continue the torture. I have steeled my mind for three days of hell and then it's pretty much over and I have the weekend to relax, soak up some sun, eat a bit of food and see how the teeth feel....

I am so upset I can't even express it. I am the sort of person (if you didn't guess by now) who plans everything down to the detail because I don't like nasty surprises and, being a bit of a nervous traveler due to not liking nasty surprises, need to have as much in place as possible. Look, the first time we took our small kids to Disneyland (and my first trip there) I walked through the gates knowing the place like the back of my hand. I had studied it until I knew not only the layout, but the little known gems that people overlook because they don't do the research that I do. When I first arrived on Tortola two years ago, I KNEW we were supposed to turn left up that scary hill even though the directions, emailed to me (and I had printed out) from the woman who owned the villa we had rented, said to turn right and even though half of the street sign was missing, because I had studied the route on Google Earth with all the diligence of Henry Morton Stanley mapping out his route to find Dr. Livingstone.

I also hate going to the dentist, that's why I haven't been in 20 years. So I really have had to do a mind job on myself to even be able to plan this trip and face going for so much work. A big part of being able to push through was knowing that it was three straight days of hell and then it would be pretty much over. 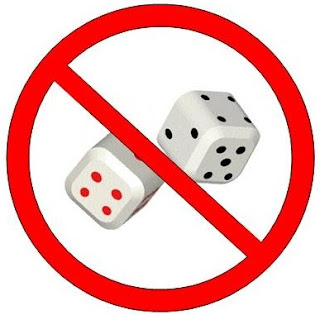 So this has really thrown me for a loop. I have never done well when I encounter incompetence in business dealings - whether it be bank, store, customer service, or this. The man I spoke to on the phone at the dentist this morning kept insisting that the receptionist (I have since found out that it was the OWNER) must have forgotten it was a holiday but I kept insisting that could not be possible given I had used the words EASTER and GOOD FRIDAY in my email and she had replied using the words GOOD FRIDAY (and I have never until now heard of 'Holy Thursday' so didn't think to ask if that was a holiday). Maybe she didn't realize they got the two days off. I don't know. But what I know is this: you can be as diligent and careful as possible when planning something but it's a lot like playing a game of strategy that also has a dice; if the dice doesn't roll the way you need it to, all the strategy in the world won't save you. I remember my ex-husband, who was not a good sport about losing when playing board games as a family, saying how he hated playing games that had a dice - he was an amazing strategist but would lose because of the dice.

***UPDATE: I wrote the above right after getting of the phone to them to try to straighten it out. He said he'd call me in an hour and I just got the call back. The first words out of his mouth were, "Are you still planning on coming tomorrow?" Ummm... YES! Then he told me that the B&B is closed for the four day weekend.

Oh no no no, no it's not...in their dreams maybe. I told him I am confirmed for the week and he needed to figure that one out because that is where I am staying.

Not exactly the relationship I wanted to build with someone who is about to work on my whole mouth.

Need I say?.... I am stressed out to the max right now. Might be a good time to see how those Xanax work on stress.
Posted by Sandy Montgomery at 6:26 AM 11 comments: