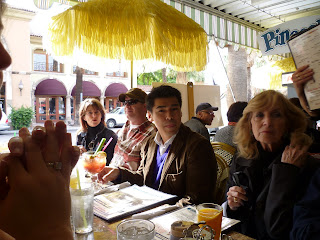 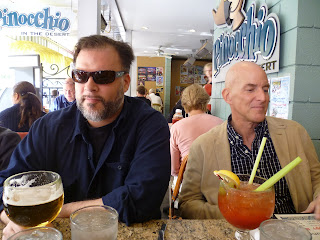 We all met up late at Pinocchio's for brunch. I was the 'last' to arrive until the couple from last night showed up really late, same as yesterday (they arrived after dinner was over and cleaned up). Our table for 11 was full so we all got up from our chairs and rearranged the tables to make more room. They sat beside me but Ron was across the table so, of course, they talked only to him. Did I mention that about last night? They only looked at the perceived 'important' people in the room when he droned on and on last night - namely Ron and Michael. The rest of us sitting there didn't exist, for them anyway.

After lunch, Ron's mom had to check out of her room at the Ingleside Inn and I wanted to see what the rooms were like so drove over there with Ron. The place is gorgeous in and out. I will have to stay there for at least one night on a trip down, just to say I did. 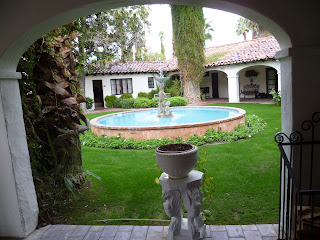 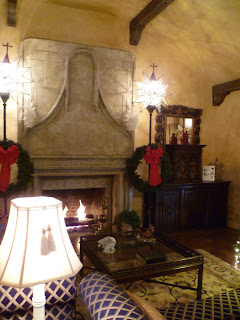 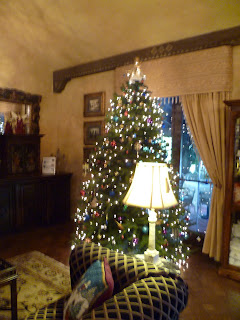 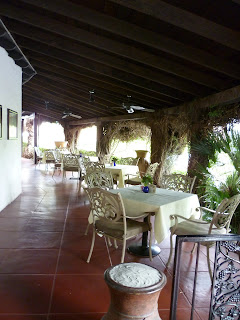 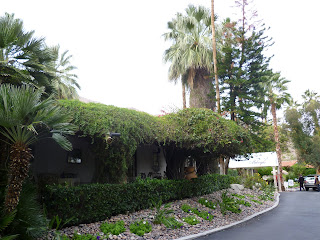 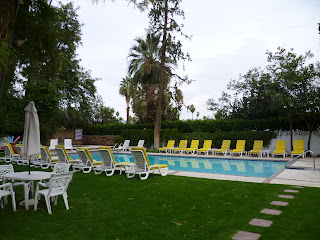 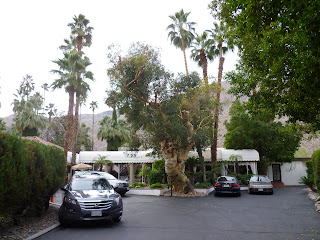 THE LOVELY INGLESIDE INN AND MELVYN'S 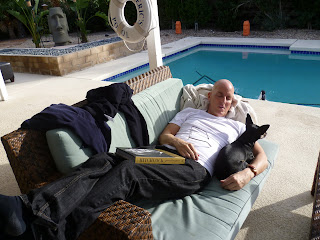 After Helen was checked out, we drove over to Ron's where she soon left to go back to LA with Janie, Ron's sister. We were all feeling quite lazy so we laid out on the deck and had a snooze. I dragged a lounge chair into the sunshine to try to get a tan and promptly fell asleep. Ron arranged some Malibu Rum bottles on a table beside me to make it look as if I had passed out drinking and then took several pictures. I woke while he was adding a glass to the table. As soon as I got my hands on his iPhone, I deleted all of the pictures as I looked hideous.

I went back to my room at Eric's parents to have a proper nap and when I awoke, had a text from Ron to meet him at Melvyn's at Ingleside. So I got dressed up a bit and headed over. It was jazz open mike and there was to be some really good music. I got there before Ron and so took one of the few seats open at the bar and waited. There was an old man of about 70 across from me who kept staring at me so I smiled at him. He quickly looked away. I am absolutely pathetic at flirting and so that was pretty much my best attempt. So much for that. Not that one is necessarily interested in 70 year old men, but it makes for good practice. Or not. As the case may be. 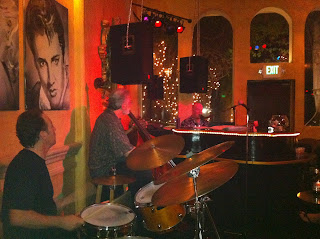 When Ron arrived, a small table came available so we sat right by the band. It honestly felt like I was in a movie. The small round table with a candle on it, the band right there, glamorous people all around, the ambiance of the room. Just fabulous. 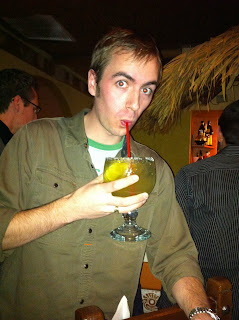 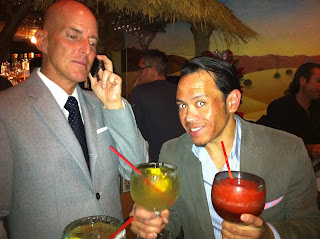 After a couple of hours there, we drove over to meet up with the rest of the gang at a Mexican restaurant nearby. It was packed. A lovely couple asked if I wanted to sit at their bar table and wait, while Ron was in the line checking in. They were from Seattle and the older fellow owned a house in Palm Springs. The younger guy looked a lot like Ross Matthews (when he was thin) and he was so very charming. He chatted very freely with me and I really liked him a lot. He was someone I would love to have gotten to know better. Later in the evening, as they were ready to go, the younger fellow dropped by our table and invited everyone to party at their house on Wednesday evening. I was fed up that I wouldn't be in Palm Springs still to be able to go.

I didn't eat anything but a few chips and salsa at dinner; I was still full from brunch and that stupid MSG has still not passed completely through my system so I feel off color most of the time. Blerg. 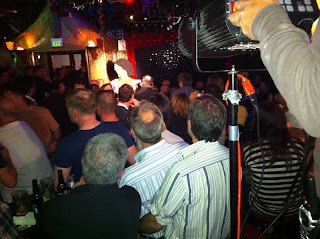 Afterwards Ron, Matt 1 and Matt 2, and Nelson were all headed to a place called Toucan's where there's a drag queen show. I wasn't planning to go with them but I was informed that if I had never been to one, I needed to go as this was a very good one. So off I went. Suffice it to say; it was a whole new experience for me, I felt somewhat like a fish out of water, and there is photographic evidence of me that I have not been able to delete off of Ron's iPhone!
Posted by Sandy Montgomery at 1:52 PM No comments: