NOT MUCH TO WRITE ABOUT

I haven't written all week because:

A: there's not much to write about
and
B: I worked 6 days straight and had no time

Because we are only transporting workforce, being that security for the Paralympics is very relaxed so spectators can now drive themselves to Whistler, there's really not much going on. Six departure times, eleven buses does not make for an exciting day.

One of the drivers has turned out to be very friendly and enjoys hanging out with us while he waits to see if we will need to use his bus (his bus is a contingency). He likes to bring me treats. The first time was when I told him and two other drivers that they had two hours before we would need them so they could go get breakfast if they liked. They were very appreciative and headed to nearby China Town to find some food. He asked me if I liked Dim Sum and I said I hadn't ever had it. He seemed surprised and said he would bring some back for me. He returned an hour or so later with a covered foil dish of pork and shrimp noodles. I ate a bit right there and found the noodles delicious - a bit spicy which I like - but the pork super fatty so couldn't eat. I took it home and ate the rest of the noodles and the shrimp later.

Yesterday he brought me some noodle soup and a tin of grilled fish. Not sure about the fish. I am a bit of a timid eater when it comes to trying something strange but I will give it a go. There was also a big bag of 'cookies' called 'Boring Cookies'. I found that funny. I ate one and they taste good, more like a rice cracker, but when I read the label, they contain MSG and that stuff makes me sick. I check the ingredients for the noodle soup and it too contains MSG. I will have to be careful about how much I eat at one sitting. Just a taste, I think.

I watched Hurt Locker a few days ago. Or at least, I attempted to watch it. I got about a third of the way into it and had to turn it off. It was, in a word, BORING. No plot. No story line. Nothing. Almost a documentary but no where near as interesting. I think it's a travesty that it won best picture. It had to be political. I wonder why.

It seems that the reason Farrah Fawcett did not get a mention at the Oscars is that she is better known for TV and they debated whether or not to include her and decided it would be more appropriate for the Emmy's to memorialize her. Really? She can't be remembered at both? Why... does it contravene some sort of Oscar law? What a ridiculous excuse. I am not buying it. 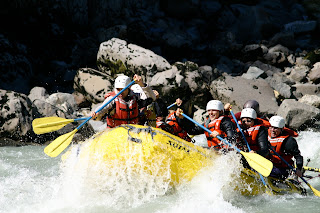 My youngest daughter turns 25 on April 2nd. I feel this is a big birthday... a quarter century. Much bigger than the usual fuss made over 21. So I try to celebrate this marker in a way they will always remember. I took my son, his girlfriend and my daughters white-water rafting for his 25th. I took my daughter to Paris (albeit a year and a half early) for her 25th - she was living in England at the time and I knew I wouldn't be there for it (although I ended up being there the spring of that year [to meet the boy she was talking about marrying] so took her 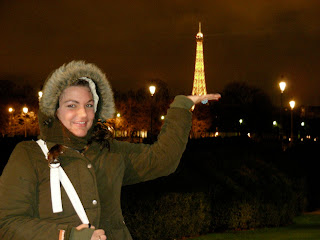 wardrobe shopping as well - in London no less). So for this daughter, I have been scratching my head as to what to do. I came up with a great idea and so made the plans. Then I came up with an even better one and so now that is the plan. I can't say what it is because she might read it here and it's a surprise. But suffice it to say, I think she will absolutely LOVE it and I can hardly wait to see her face when she finds out. She knows we are doing something special, she just doesn't know what. I have told her to bring clothes for the cold and a bathing suit, to confuse her. I will post pictures and a report when it's all said and done.

At work, we get 'food', if you can call it that. Sandwiches that usually are found only on an airplane. Fruit. Lot's of fruit. More apples than we could possibly eat. So I have brought some home and plan to make an apple crisp to take to work tomorrow. I will buy a gallon of ice-cream to go with it and that should make most of the workers happy. Although, I bought a huge foil roasting pan to make it in and then saw how many apples Shawn put in the crate and into my car.... I think I should have bought a smaller pan.
Posted by Sandy Montgomery at 12:20 PM 4 comments: