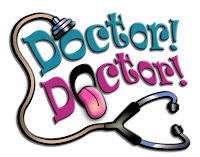 I went to the doctor's yesterday to get tested to see what this cough is about. My doctor wasn't available but I really liked the doctor I saw. He was young but really thorough and very nice. I have been going to this doctor's office since I was eight years old. My doctor back then was Dr. Hiller. He was young and really friendly. He had a distinct manner of speech due to being born with a cleft palate. I loved him. When I was about 12, he left the practice to go to Africa as a missionary. We moved away and I had a different doctor in a different town. When I moved back into the area as a newlywed, I went back to that doctor's office but had Dr. Gottchling as Dr. Hiller was still in Africa, and quite frankly I had forgotten all about him. Eventually I was pregnant and towards the end of my pregnancy I called to book an appointment and the receptionist told me that my doctor was away but that there was a new doctor and would I mind seeing him. I didn't mind. She told me his name but it didn't ring any bells. I will never forget waiting in the exam room with my husband and as we sat there I heard a voice coming down the hallway. My ears perked up and I looked over at my husband with a big grin. "That sounds like my doctor from when I was a little girl." I said. Then the door opened and there he was, Dr. Hiller just as I remembered him. Maybe a little gray at the temples that wasn't there before, but it was him! I was so happy. I switched to him as my doctor then and there and he went on to deliver all three of my children and take good care of us all for the next twenty years.

The day came, about ten years ago, when he was ready to retire. I was very sad. He really knew me and my kids well. It was so hard to even think about having a different doctor. He was replaced by a young man called Dr. Foggin and as I reluctantly booked an appointment with him one day, I was dreading the visit, fully expecting to be disappointed. Well, he was amazing. Such a great bedside manner, and very thorough and knowledgeable. I was so happy. Then, after about five years he left the practice to study something called 'world medicine'. I wasn't sure what that was but what I was sure of was that he was no longer going to be my doctor. They replaced him with a young woman and my first appointment with her did not go well. First of all, she looked like she was about sixteen. Secondly she had no bedside manner whatsoever. She was brash and rushed with me. I felt like all she wanted to do was get it over and move on. After about two years of this I talked to the office manager, a woman who has been with the office for as far back as I can remember. I told her why I wasn't happy with my new doctor and asked if I could change to one of the others there. She said it wasn't possible. It didn't make a difference that I had been going to them since I was a child; she said that many of Dr. Hiller's original patients had actually been told they no longer had a doctor there at all and that they'd need to look elsewhere. Basically, she told me, I was one of the lucky ones to even still be a patient of theirs. Unhappily, I had no choice but to stay with the new doctor. Consequently, I hardly ever go to the doctor any more. I was never one to go for every little thing anyway, but now when I should go, I don't. Falling on my knees a couple of weeks ago is a good example. I should have gone in there right away but didn't.

Now I am hoping that this doctor is a permanent fixture at the practice because I have way more faith and comfort with him. As well as the cough, I told him about the fall and he checked out my knees and legs (my right leg is bruised from knee to ankle). He said the bruising needed to settle down some before he could really tell if there is any damage as he couldn't press anywhere into the leg without me being in pain.

The test for whooping cough wasn't as bad as I'd read online. The only way they can test for it is to take a swab way in at the back of the nose - almost in the throat. They use a special q-tip on a long, thin, filament type of 'stick'. I had read online that it was painful and disgusting so I was pretty nervous. Well, he explained that it would feel odd and it did but it didn't hurt one bit. It wasn't something I'd love to have done every day, but it really was no big deal. It took all of about fifteen seconds and it made me feel like I needed to sneeze when it was removed. That's it. So if you ever have to have it done, don't freak out. It's nothing.

Now I wait for the results. I will be surprised if it is whooping cough because it seems the coughing is already subsiding and that's not typical - the cough usually lasts 100 days. 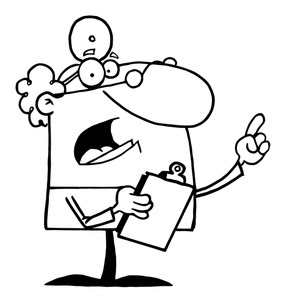 Today's topic, the Doctor. Tomorrow, the Tax Man!
Posted by Sandy Montgomery at 6:19 PM No comments: