I was very happy to see that my face did not swell up through the night like it had for the previous two nights. I had ice packs on it all day yesterday and managed to bring it down by more than half. To see it still that way this morning was a relief. 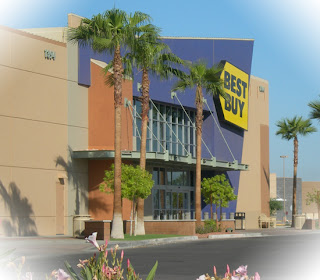 I felt good enough today to make the walk down to the Yuma Palms Mall, an open air Mall - because this is where the weather is always nice! There were a couple of things I needed to get; one being a lock for my MacBook Pro - I don't want to cart it with me everywhere I go but leaving it in various hotel rooms for 5 weeks is just asking for it to be taken. I went straight to the Best Buy but they didn't open until 10 and it was only 9:30, so I wandered into Ross and found myself a lovely little plain black dress and a fabulous bathing suit - two items I really needed (the black dress I had originally packed to take no longer fits me, as I discovered when I had the bright idea to try everything on two days before I left because I have gained some weight working on Mr. Young. And my 2 swim suits are at least 8 years old). The swim suit is really good quality (Maxine of Hollywood, regular price $80) all the shades of the Caribbean water and a very flattering cut. Only thirty-five dollars lighter, I walked away pretty happy.

Best Buy was open now so I asked about the lock and they were all out. The sales guy said he could sell me one of the store's used ones and I walked away from there with a perfectly good lock for under $20. Bargain! (The tricky part is finding something to tie it to that can't just be lifted up to release it - like a table leg - or just carried out with it. I finally hooked the cable onto a wall lamp). 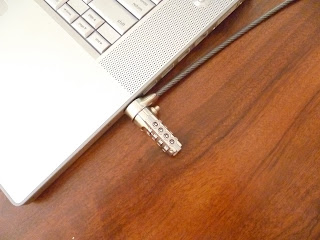 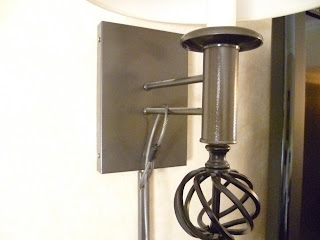 Then I headed over to Target for a few little necessities and a box of Crest White Strips, the professional strength ones, for my bottom teeth. My top teeth will be lovely and white in a few days; "toilet white", as the dentist put it, and so I need the bottom ones to match. I asked him to bleach them but he said there wasn't time before I left, he needed it all for the crowns. So hopefully the strips work. I have never used them as I find them to be very expensive. But I didn't mind spending the money today as, even buying the most expensive version, they are cheaper than the whitening process at the dentist office.

I relaxed by the pool for a while. I wasn't there ten minutes when the same group from yesterday showed up - three couples, one set being grandparents, and 7 kids under the age of 8. Rowdy bunch. But today instead of leaving, I sat it out and after a few hours they were gone and the pool was all mine, along with another woman my age. We struck up a conversation - she had a lovely Scottish accent - and now I am back in my room waiting for the hotel complimentary Happy Hour to start. I have met some interesting people at the one or two I have gone to so far. There are a lot of military guys here as there's a base about 35 miles away and this place is where they put the ones up that are from out of town and not staying on the base. Pretty nice hotel for that - that's US tax dollars at work!

The tan is coming along quite well.

I so could get used to living in this climate. I love the desert air!!
Posted by Sandy Montgomery at 5:18 PM No comments: