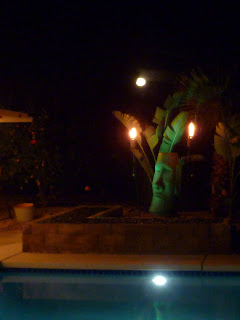 Christmas Eve was a quiet day. I did a bit of running about to get some last minute things. I had the hardest time finding pitted olives that aren't stuffed. I bought Ron the OLIVATOR so that he could make his own much loved blue cheese stuffed olives. I had the blue cheese but not the olives. I finally found them at Fresh and Easy, a grocery store.

I went to the huge outlet mall again this year and then remembered that I really didn't like it there. So I bought the same pretzels and dip that I bought last year for the Christmas Eve dinner, had a bit of a look around, and left. The reason I don't like that mall is that all of the stores are name brand only; Coach, Guess, Lacoste, Miss Sixty, etc. etc. and so nothing in any of them are made for a woman of my size, ulike the outlet mall in Tulalip has Lane Bryant and Dressbarn (terrible name but fabulous clothes). One thing I did find; I have always wanted a diamond tennis bracelet and so went into Zales to see if they really are discounted in an outlet mall. They seemed quite decently priced, with a 40% sale price. Then I found one that was 5 carats, regularly $7,000 for $2,000. And if I wanted it the sales girl was ready to strike an even better deal with me. Of course I didn't buy it, but I left it behind rather reluctantly.

We were to be at Ron's at 8:30 for his traditional pasta dinner and so I had a nap before getting ready and arriving on time. It was a really relaxed and fun evening and I managed to persuade Ron to perform a few magic tricks. He's really, really good! Later in the evening his mother gave him the gift of a large manilla envelope stuffed with clippings from newspapers, performance bills, and other memorabilia from his decade of magic shows in the 90's. Turns out, he was Ontario's most famous magician! 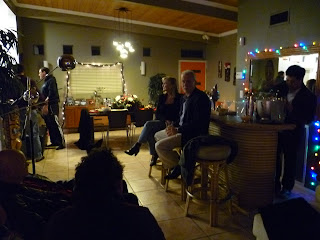 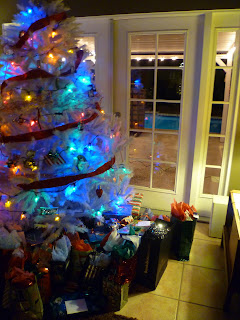 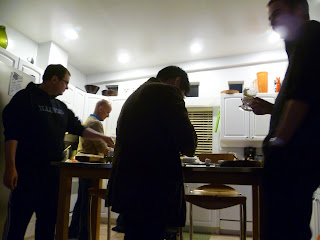 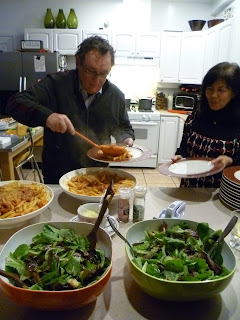 Posted by Sandy Montgomery at 10:11 AM No comments: