There has been some progress on the situation on Anegada.  I mentioned in a previous post that I had voiced my concerns in an email to the Premier of the BVI regarding the severe erosion and its probable cause, and that he had replied to me that he would "ask the Town and Country Planning Department to look into it as well as make the Minister of Natural Resources aware."  I was not certain at all that he would take action but very much hoped that he was being sincere.  It seems that he took me very seriously and moved to action immediately, according to an article in the BVI Platinum yesterday.  Either that or it is an incredible coincidence. 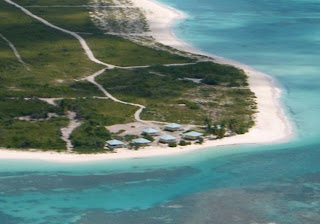 My concern, after reading the article, was that the erosion was being attributed to natural causes and, as I do not believe that to be the case at all, I was somewhat dismayed to see that was going to be the focus of the group.

I communicated with a  friend on the island today who has been very concerned about the erosion, believing it to be due to the pumping of huge volumes of sand on the West End, and who has tried to raise awareness and garner some support amongst the locals for action.   We have talked a bit about the issue and so I was overjoyed to hear today that he met with the group that went over and was able to have a lengthy discussion with them about what he has observed over the past year.

Now we just wait to see what the results of the groups observations are.

One thing that disturbs me; I wrote a comment to the editor of BVI Platinum yesterday, when I was first made aware of the article, and after reading it.  That comment has not been published.  Other comments are now there that weren't yesterday so I know they have to have seen mine, yet it is not there.  I do not think that it is right for a newspaper to censor public opinion on a matter by choosing which comments to publish and which to discard.  In this age of electronic newspapers, there's plenty of room to publish them all, so not having space to print all is no longer an excuse.
Posted by Sandy Montgomery at 11:09 AM 2 comments: