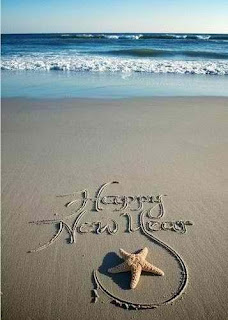 As I reflect back on 2012 it is with slightly mixed feelings; I managed only one short trip this year! With my friend Lucy I went for 5 days to Las Vegas - a place I had not been since 1980!  I had such a great time with her there even though we didn't get more than a day and a half of the hot sunshine which was our sole reason for going.   As for other trips... I knew I most likely wouldn't make it back to the BVI but I really did hope to go back to Mexico to get the rest of my dental work done. Alas, Revenue Canada decided that a whole raft of write-off's that they allowed in 2009 and 2010 were no longer applicable and so retroactively disallowed them and applied them to my 2011 filed return.  So the expected $6000+ tax return was reduced to $1,200.  It could have been much worse; I heard stories of others in the film industry who paid sums of up to $20,000 in back taxes due to the same situation.  It doesn't seem right that they can change their minds like that and make it retroactive. They have been hard after the film industry workers for the past year or two so it was just a matter of time until they got to me, I guess.  One thing they did to me, which I called the union about and they'd never heard of, was disallow all of my union deductions from my paycheques unless I had a letter from the employer (which, in legality, is actually the payroll company that each production hires) stating which union the deductions had gone to.  This makes no sense as the paperwork the union sends me for tax time clearly states they are the ones who received it.  The union rep was aghast as my call to her was the first she had ever heard of this happening.   She promised to look into it and I need to follow up on that with her in the new year.

So all that to say, I didn't get to go to Mexico for dental work as that was what the tax return money was allotted for.  I didn't go to Palm Springs for Christmas this year either as the flights were so expensive.  When I went in 2009 it cost $240; 2010 $350; I didn't go last year because my daughter's due date was December 23 and there was no way I was going to be gone for that.  This year the flights were $570.  That is a huge increase from when I started going and I am just not willing to pay that in a year I have only worked on low-paying independent films, and only half a dozen of them at that.

On a much happier note, and this eclipses anything I could consider sad or negative that happened this year.... I became a grandmother on January 2nd to the most darling little girl anyone could be blessed with.  Malia has brought untold joy into my life and I treasure every moment I get to spend with her... and that has become increasingly more as the year has progressed.  Other grandmothers told me that having a grandchild in my life would be a joy like no other but I never imagined just how much.  It is indescribable.  And I don't quite understand it... after all, I was a mom to three fabulous kids.  But this is so different.  And as I develop a relationship with her it overflows my heart when she lights up when I walk into the room, when she picks up my iPhone and waves it at me and sways as if in time to music  - her way of telling me that she wants me to play music and dance with me, so I put on some pop music, sweep her up into my arms, and we dance around the room together.  I love it that she goes to sleep faster for me than anyone else... as soon as I take her into the nursery and turn off the light she rests her head on my shoulder and tangles her fingers in my necklace as I kiss her head and sway her off to dream land.


On May 5th, my son got married (at one of the most beautiful and fun weddings I've ever attended with food that was out of this world) to the love of his life and I have to say.... she's a keeper.  We love her to bits.  Isolde's sweet nature, kindness, and the way she thinks the world of my son is all a mom could ask for.  I am very thankful for the choice in spouses my two married children have made. 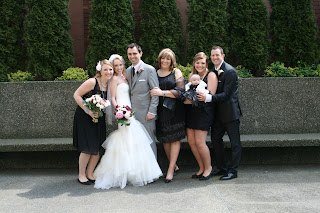 My third child had an amazing gift of a trip to Kenya for three weeks to live on the Masai Mara with a Masai tribe.  She was awarded volunteer of the year at her company for all of the work she does with youth in her community.  She was able to choose where in the world she would like to go where a charity which her work sponsors, Free the Children, have a presence.  She was beyond excited to fulfill a 'bucket list' dream of hers to go to Kenya and go on safari.  As her mom, it gave me untold joy to see her be able to fulfill this dream and to relive it with her, once she was safely home, through her stories and amazing photographs. 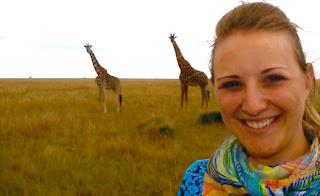 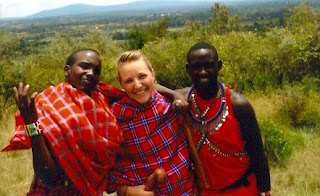 I was so thankful for fairly steady work from one busy production company this year, who would have hired me for every show they did had it been up to them, but the director gets the last say on who his script supervisor is, so I missed out on only two or three but got the rest  - even the ones with new to Vancouver directors who just went on the producers' say so.

I FINALLY got to see COLDPLAY live.  I've wanted to do this every year they've come to Vancouver but either couldn't afford it or was working.  This year I made it happen... I gave a ticket to my daughter for her early April birthday and one to myself for my late April birthday.  Best. Gift. Ever. 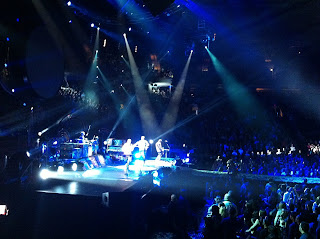 I am so thankful for my family and my friends.  Some friends I don't get to see often enough but I know that we are there for each other and that when we do get together it's like we've never been apart.  I am very rich in the friend department of life... Fran, Cary, Carol, Jule and Lorraine; five women I wrote about earlier this year, as well as Donna, Denise, Debbie, Erna, Dave, Cookie, Roberta, Brenda, Alison, John - these friends I have had for decades.  Then there is the abundance of newer friends I have made from the film industry and I could never list them all but these are some of the ones I have come to love as much as my old friends... Lucy, Linda G, Tana, Lisa, Linda SB, Lynne, Connie, Kim, Ron, Eric, Michael, Jeff, Irene, Violet, Laura, Lecily, Carol, Amy....  so many many wonderful people in my life.  And I can't forget the wonderful new friends I made on my last trip to the BVI... Walker, Nancy, Linda, Mike, Rebecca.  It almost makes me teary to think of each one as I type their names and think of what they mean to me.  So blessed.

As I look ahead to the uncharted waters of 2013, I feel at peace and sense that it will be another year of personal happiness, achievement and full of wonderful friends.  I am feeing good about the work situation with the chance of working on a series come early spring as well as some personal production projects I plan on working very hard on with great hopes of success.   I look forward to Malia's first birthday celebration next week and can't wait to dance with her at her party.  The next year will bring great changes for her as her already pretty incredible vocabulary for one so young (about 20 words and a few phrases!) will expand and she will learn to walk (so close already).  I look forward to spending more time with her and cementing my place in her life as her much loved Nan.

I hope to have much more to write about on here that concerns travel.  I am again hopeful that I can make it to the Dr. Arce in Mexico early in the year to finish off what he started as it will make a huge difference to my ability to properly chew food!  Here's hoping for a decent tax return.  Lord knows I've put enough money into my car for repairs in 2012 that that alone should account for a decent write-off.

As this year comes to a close, I am so close to 40,000 views on here.  I am hoping to cross that line before chiming in the new year... that would be so exciting for me.  Please stick with me as my dream of sailing the Caribbean, one way or another, has not died.  Even if it's just for a few weeks at a time, I plan to make it happen and be assured you will get the complete details here as soon as it does.  I have two huge goals this year towards that dream; get fit and take sailing lessons.  There.  I've said it. Now I have to do it!!!

Thank you all so much for your faithful readership and I truly appreciate every one of you.

Blessings to you all and may you have a joyful, healthy and prosperous 2013!

With ultimate thanks to the God I serve and his son Jesus... 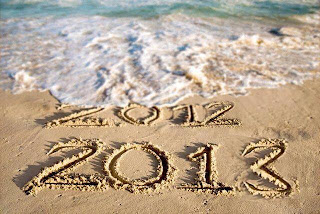