HELP ME REMEMBER AND SAVE MY SANITY 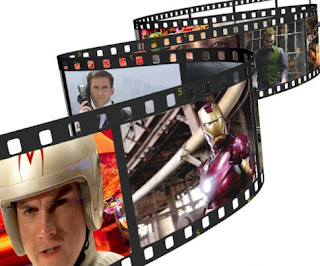 I am appealing to anyone who reads my blog to help me from going insane.

No... I don't need you to pay for a vacation for me... although that would be lovely, especially if it was to the Caribbean.

What I need is someone who is good at movie trivia. Because, for some stupid reason, a clip of a movie is stuck in my head and I can't recall it clear enough to see who the actor is or remember what movie it's from. So if I describe it to you, maybe you will know and can put me out of my misery.

It's a guy who is in a big rush. He's a business man in a suit and he is in the line to buy a newspaper at the airport shop. There's a woman in front of him who is digging around in a huge handbag trying to find the money for her purchase. The guy finally tosses enough cash on the counter to pay for her stuff and she thanks him. As he pays for his paper and stalks off he says, "I didn't do it for you." What movie is that from.. and who is the actor? Help? Anyone?? I seem to think that he is someone who goes from big company to big company and sorts out their problems and is pretty brash and thoughtless about it - but I could be wrong about that.

And while you're at it... our family has a habit of saying certain lines, when they come up in our normal conversations, in the manner of how that exact line has been spoken in a movie we watched at some point in the past. Examples of this are, From BIG, 'I don't get it, I don't get it" (Tom Hanks coworker); fron Disney's Robin Hood (Prince John's line) 'You took the words right out of my mouth' which we then follow with 'PJ. PJ? I like that, you know, I do. Hiss, put it on my luggage. P.J.'; from ALL OF ME (the Swami, complete with his accent) 'Back in bowl' ; - that sort of thing. So here's one we say and none of us can recall what movie it's from - 'Not much, just a liddle bit' - said with a heavy accent (maybe East Indian?). Any ideas where it came from? Today I thought maybe The God's Must Be Crazy but I am not sure about that at all.
Posted by Sandy Montgomery at 6:14 PM 2 comments:

Labels: I didn't do it for you, Movie Trivia, Movies, Not Much Just a Little Bit
Newer Posts Older Posts Home
Subscribe to: Posts (Atom)